Harica is a member of the PKI Consortium

HARICA is the Hellenic Academic & Research Institutions Certification Authority. It participates in all major Global 'ROOT CA' Trust Programs, and operates as a 'Trust Anchor' in widely used Application Software and Operating Systems.

HARICA, is currently funded by Academic Network (GUnet), a non-profit civil company. Its members are all the Higher Education and Academic Institutions of Greece. This GUnet service, referred to as the Hellenic Academic and Research Institutions Certification Authority (HARICA), is operated by the IT Center of Aristotle University of Thessaloniki and acts as a Trust Service Provider (TSP) also known as a “Certification Authority”, and as a “Qualified” Trust Service Provider (QTSP).

It is listed in the National Registry of Qualified Trust Service Providers which is maintained by the National Supervisory Body (Ε.Ε.Τ.Τ.) since June 2015, offering Qualified/Advanced electronic signatures for members of the Greek Academic and Research Community, along with third-party natural/legal entities.

It has received a successful Conformance Assessment Report fulfilling the requirements of Regulation (EU) 910/2014 (also known as eIDAS) in the scope of “Qualified” electronic Signatures, Seals, Time Stamps and Website Authentication. This Certification ensures that HARICA’s Certificates for Qualified eSignatures/eSeals, are legally binding not only in Greece but cross-border in all European Union Member States and non-EU Countries that have a bi-lateral agreement with the European Union.

Head of IT Security Department

Dimitris Zacharopoulos was the CA/Browser Forum Chair from 2019 till end 2020. 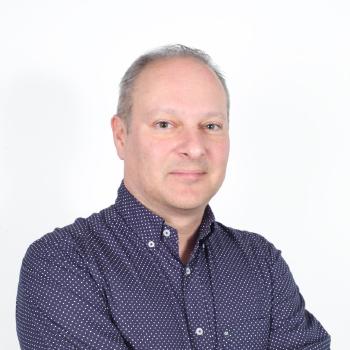 Participate in our community discussions and/or join the consortium